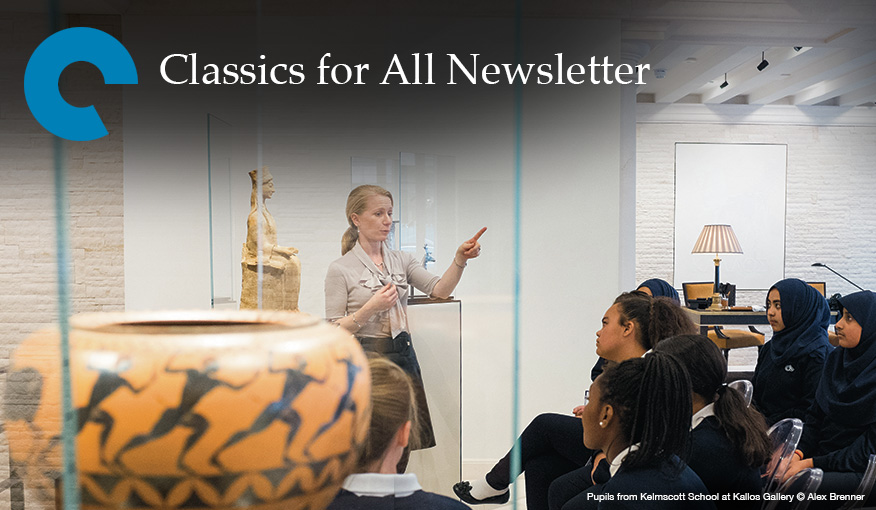 Letter from the Chairman: CfA celebrates its fifth anniversary this year and to mark this we have published a list in this newsletter to recognise all who have donated to us over the years. We are most grateful to all our supporters, large and small.

Letter from the Director: As I reflect on our fifth anniversary, the most striking thing is how CfA has moved from a well-planned ‘start up’ into the natural next phase of strategically-planned growth.

A Report from the Primary Latin Project: As an endangered species, Classicists are used to fighting hard for survival. Imagine my joy, then, during the last 18 months when I have sensed a real hunger for Latin – often from the most unexpected quarters.

A Report from Regional Champion Jayne Treasure: Having made the decision to take early retirement after 30 years of teaching, mainly in the independent sector, I approached the Headteacher of Crickhowell High School (my local comprehensive) in the spring of 2013 to offer Latin lessons on a voluntary basis.

Grants Programme Update: This year’s applications came from all parts of the UK – from Nottingham to Newcastle, Crewe to Coventry, and Barton Peveril to Bury St Edmunds.