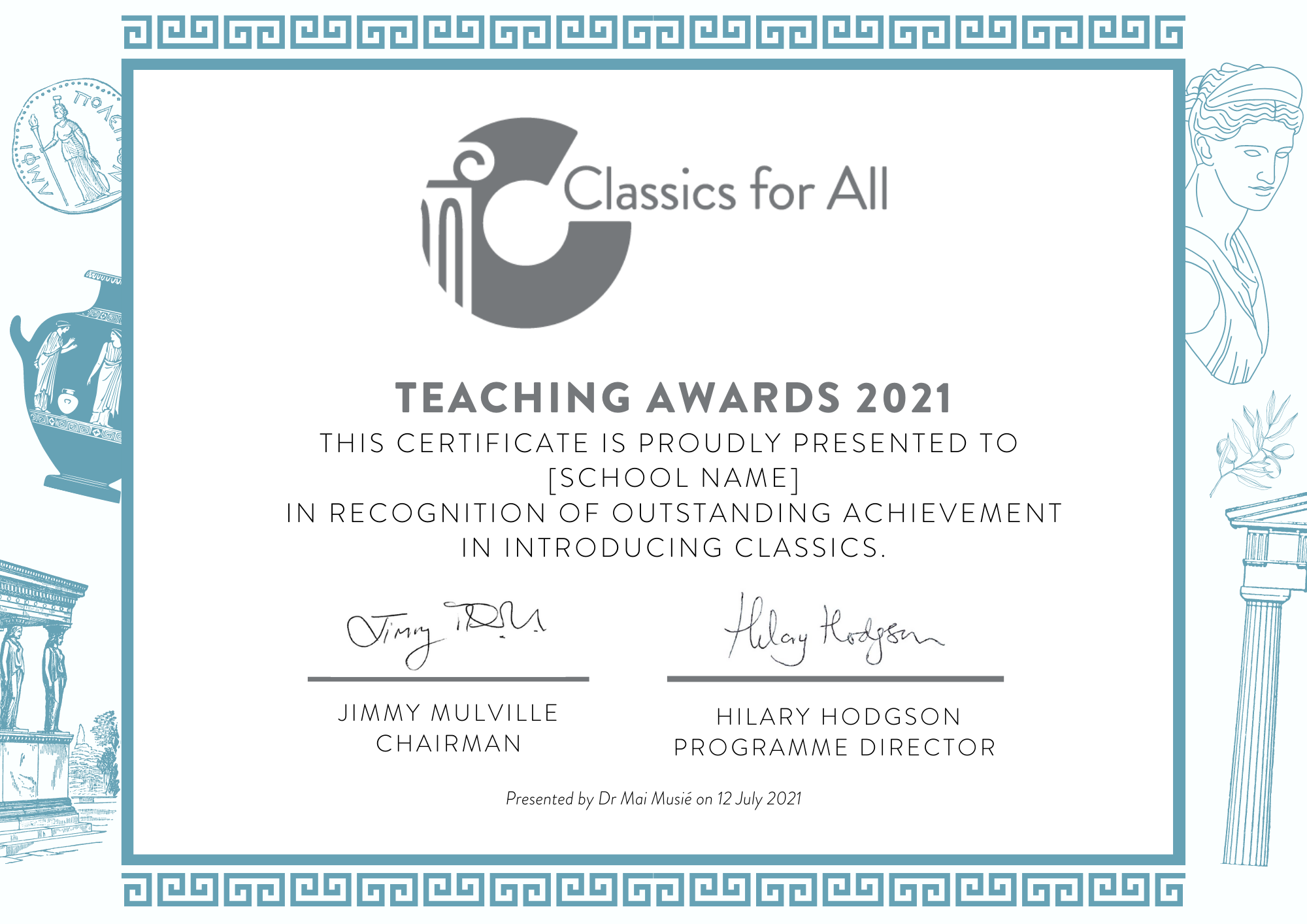 On Monday 12 July 2021, Classics for All hosted its inaugural Teaching Awards ceremony to recognise the outstanding achievements of schools, teachers, and network coordinators over the past ten years.

This was a virtual event so we’re pleased to be able to share our recording of it more widely. The recording begins with a panel discussing their experiences – and the challenges – of teaching classics in the state sector, followed by ‘live’ award presentations to 14 teachers from across the UK.

Awards were presented by Classics for All Trustee Dr Mai Musié to 14 schools - nominated by our Regional Network Coordinators - who have each made an exceptional contribution to widening access to classics in state schools. Decisions were tough. For each award winner, there were at least twenty more who also deserved recognition, but we were particularly impressed by the dedication shown by these winners.

Decisions were tough. For each award winner, there were at least twenty more who also deserved recognition, but we were particularly impressed by the dedication shown by these winners. In no particular order, the winners of our Teaching Awards 2021 were:

Classics for All began working with Hamstead Hall's Head of Modern Foreign Languages, Jérôme Gicquel, back in 2014. Out of Jérôme's initial 10 students whom he taught after school, 4 took GCSE Latin in 2018 and 3 scored a top grade level 9. Thanks to the trailblazing work by 2017, Latin was on the curriculum, with 60 students in Year 7 getting one hour of Latin a fortnight as part of their language classes.

Jérôme's achievements with Latin at Hamstead Hall speak for themselves. Remarkably, just a few years after that first group of 4 students took Latin to GCSE, September 2021 will see 26 opt to for the subject at examination level. 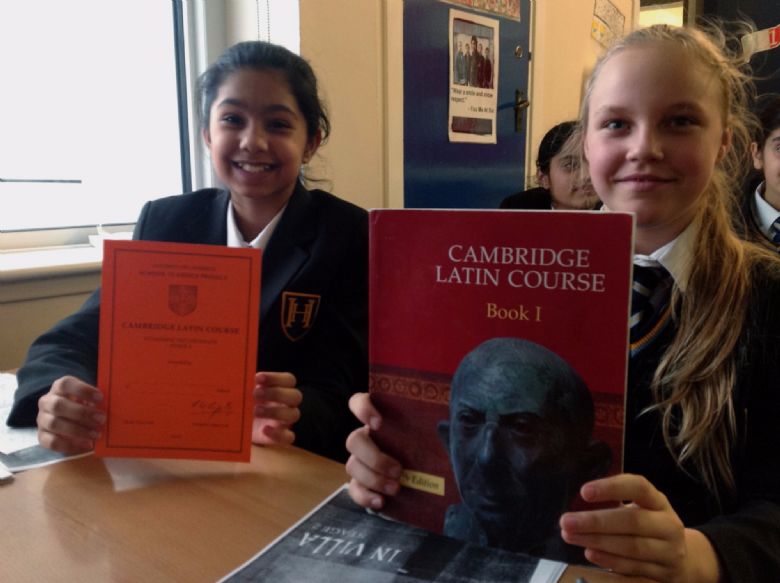 St Matthew's first appeared on Classics for All's radar at an information evening for primary schools in 2018. Right from the start Sonia Thompson, and the school's then Headteacher, Dr Paulette Osborne, shared our vision for what classics could bring to a knowledge-based, progressive curriculum.

Sonia most certainly didn't do things by halves, and by the end of 2019, all teachers at the school - from reception up to year 6 - had received training to teach Latin. Sonia and her team - special mentions to Simone Taylor and Daniel Martin - are outstanding advocates for Classics for All. We have now lost count of the number of schools who have contacted us on the back of St Matthew's involvement with the network.

In Blackpool, our award goes to the inspirational Peter Wright who is Head of Classics at Blackpool Sixth Form College. Peter teaches A Level Ancient History to 120 pupils per year and in 2018, 17 students went on to Russell Group universities to study Classics.

With his hands already full, Peter has trained 6 local primary schools to teach Latin using the Minimus course, bringing the language to over 400 primary pupils in Blackpool. On top of this, he has introduced Classics to three local secondary schools and a Pupil Referral Unit.

Always keen to share his skills, Peter has also written a suite of resources to help non specialists teach Ancient History.  His most recent achievement is running his own research into the impact of learning Latin on primary school pupils’ understanding of academic vocabulary.

In 2020, despite the challenges of the pandemic, staff and students at Cardiff High School took part in the 'Ovid in the West Country' competition, winning plaudits for the quality and imagination of pupil’s creative responses to Ovid’s Metamorphoses.

A special mention goes to Ela Fraczowska, the English teacher who co-ordinated the event this year and inspired students with her stupendous energy and enthusiasm.

Our nomination from Leeds is Gemma Williams from Allerton Grange School. In her citation, our Leeds Network Co-ordinator Maria Haley said:

“Gemma has worked tirelessly to introduce Classical Civilisation first at GCSE, then A-Level in a school with no tradition of classics. She also teaches Latin to younger pupils. She is an ambassador for the subject, creating gorgeous school displays and inspiring lessons to ensure Classics is at that heart of the school’s culture. Gem’s passion for classics is infectious and her students have clearly caught the bug. She now shares her enthusiasm for topics including Imperial Image and classical epic by training other teachers in our network.” 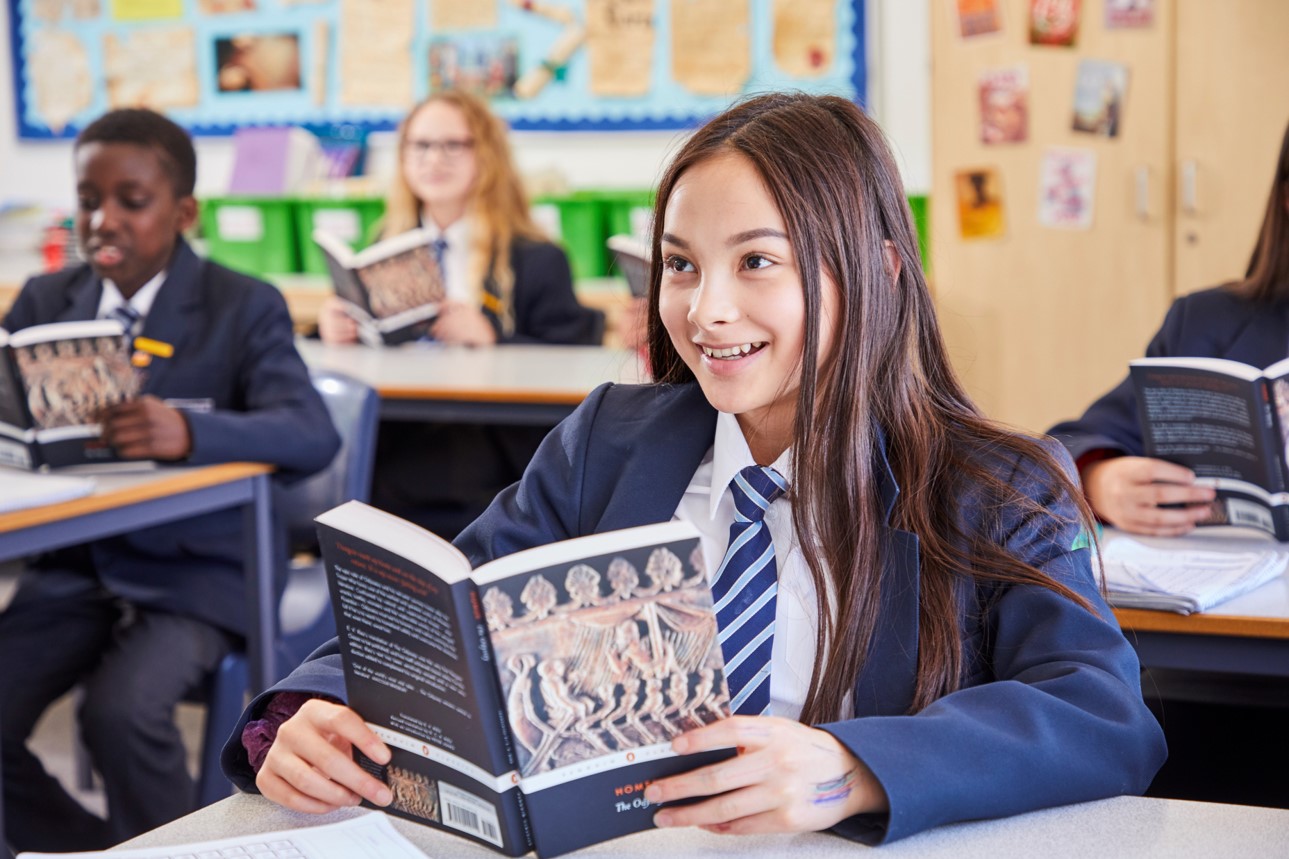 The Lionheart Academy Trust is a shining example of how teaching about the ancient world can transform the curriculum in state schools. The trust's Classics ambassador, Lidia Kuhivchak, has introduced Latin to pupils and teachers at four primary schools on the curriculum, and to secondary pupils at after-school clubs in other schools in the trust.

Not content with that, Anna Hunt has ensured that every secondary pupil in the trust studies classical mythology in their Year 7 English lessons, as well as investigating the history of Roman Leicester with resources created by the University of Leicester Classics Network.

Classical Civilisation has now been introduced as an option for GCSE pupils. As a snapshot, in one year alone, 279 primary pupils and 1,463 secondary pupils will be introduced to the ancient world through the enthusiasm of Lionheart's dedicated and inspiring classics team.

Medway Community Primary School showed its flair for ancient languages at the most recent East Midlands Association of Classical Teachers' Reading Competition. Up against pupils from schools with a centuries' old tradition of teaching Latin, the team comfortably won the Novice category with their version of a Latin Red Riding Hood play.

Under the phenomenal energy and leadership of Stef Bristow, teachers and pupils at the school now enjoy learning Word Roots in Year 3, Greek in Year 4, Latin in Years 5-6, and have recently introduced Life in the Roman World as part of their Year 6 history syllabus. The enthusiasm for teaching classics to pupils from diverse backgrounds, shows the enormous value of learning about the ancient world in any educational context.

"St Margaret’s is in Anfield, a deprived area of North Liverpool where many pupils are eligible for Free School Meals. The school is ambitious for its pupils and Head Teacher Lesley Hughes and teacher Lindsay McAulay have embraced the introduction of Latin with enthusiasm.

Following training in September 2019, all 240 pupils aged 7-11 learn Latin as their main foreign language, and they love it! The school is always hospitable, even when subjected to a visit from Classics for All's Chair, Jimmy Mulville, to observe lessons and talk to pupils only a couple of weeks after teachers had begun to teach Latin."

Since 2014, led with enthusiasm and drive by Dr Thalia Sini-Spencer, classics has taken off at Bishop Thomas Grant School, a South London comprehensive.

Thalia began teaching Latin to 300 pupils aged 11-14, and then introduced both Latin and Greek to GCSE. Classical Civilisation is now also an A Level option. With fluent Greek and a love for ancient languages, Thalia now supports teachers starting up Latin in other local schools. 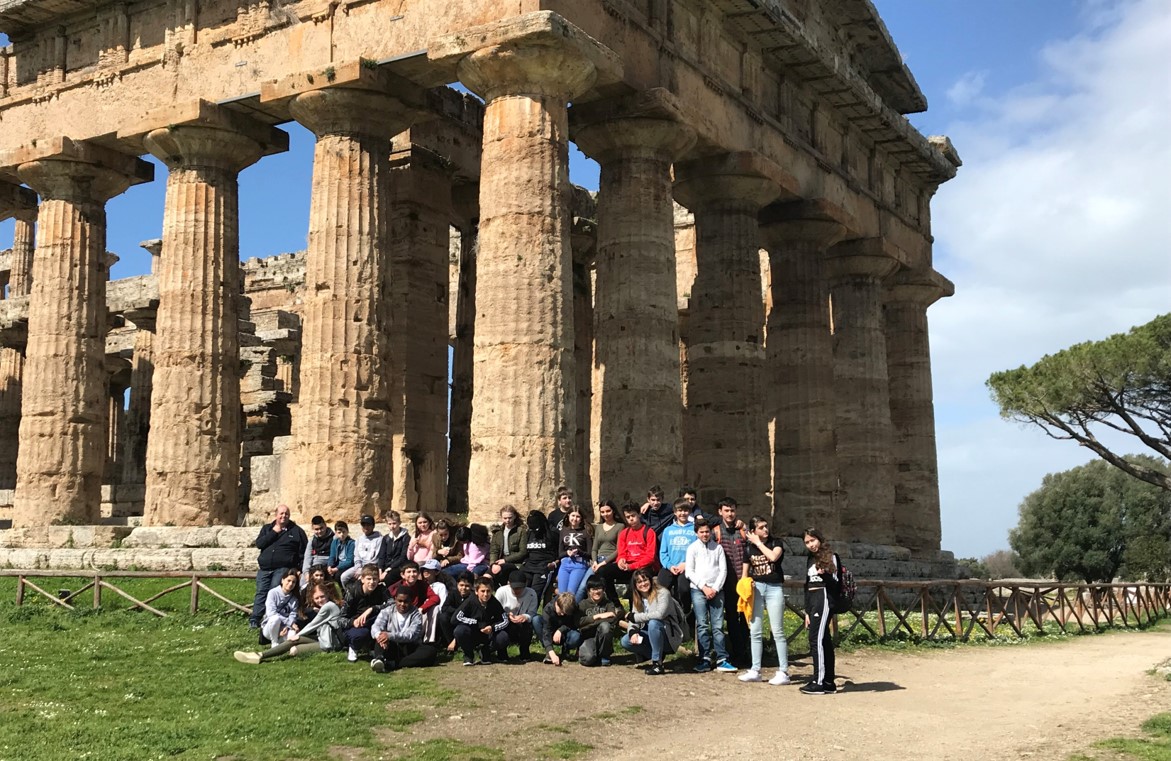 Tucked away near Blackhorse station in Walthamstow, is Kelmscott School - one of Classics for All’s earliest schools - which started its classical journey in 2012. Despite a challenging social context, inspirational English teacher, David Hogg, and Maths teacher, Judith Tyrell, have grown Classics doggedly and incrementally.

From a modest start offering Latin to younger pupils, the school now offers both Latin and Greek as GCSE options and is on the cusp of introducing Classical Civilisation for all pupils at Key Stage 3.  Judith and David are not work shy and sat GCSE Latin several years ago earning top mark. GCSE Greek is their next objective.

In Manchester, our Network Co-ordinator Will Dearnaley identifies colleague Matt Gee from Xaverian College as an outstanding classics leader. His citation reads:

"Matt has done sterling work spreading the Classics for All message. He mentors new teachers starting up A Level Classical Civilisation, helps to moderate exam assessments and speaks eloquently about Ancient History at our teachers meetings.

In 2021, despite lockdown he recruited a record 150 students to study A Level Classical Civilisation at the college, making Xaverian College on of the largest providers of Classics A Level in the country. Despite its location in an area of considerable socio-economic deprivation, in 2019, four students were accepted to study classics at Oxbridge and more to study classics at other Russell Group universities." 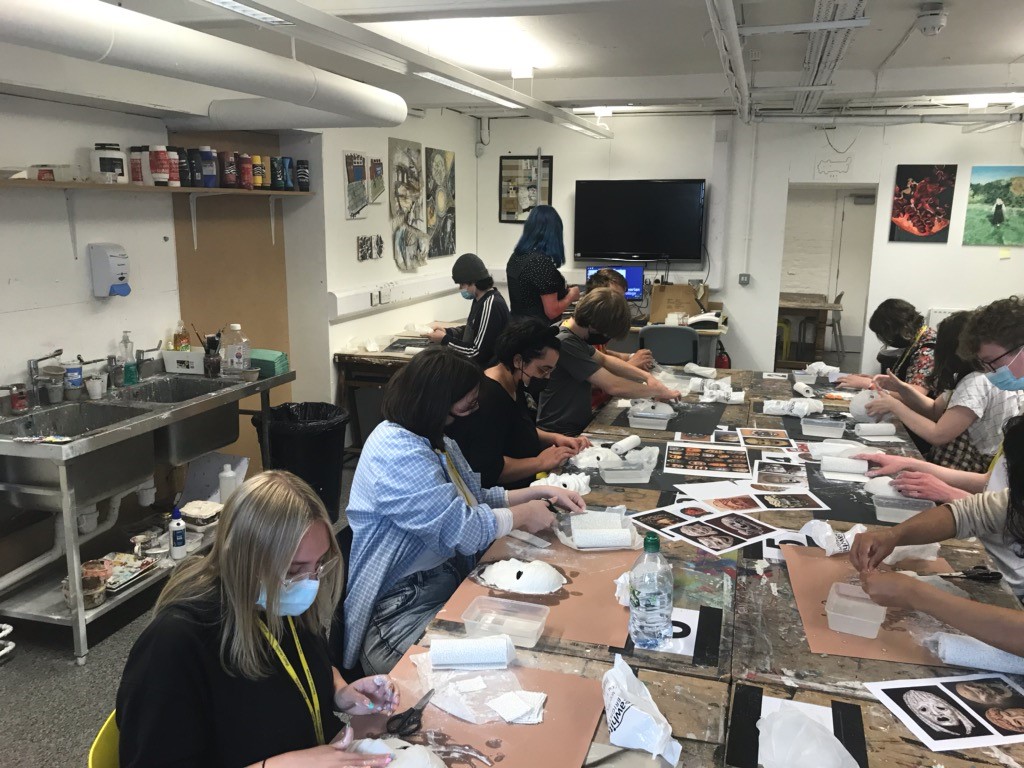 Linda Soames, co-ordinator of the Oxfordshire, Berkshire and Buckinghamshire Network nominates Burford School. Of the school, she said:

"At Burford, Eleanor Thomas, a History teacher, was keen to add Ancient History to her portfolio. Following some training, she started to teach AS level Ancient History in September 2018. The first cohort of students sat the exam last summer and two of the group have gone on to study Ancient History or Classical Studies as part of their undergraduate courses."

In 2016, the prospects for classics in state schools Scotland were poor. Since early 2018, with support from our Scotland Network Co-ordinator, Dr Alex Imrie, the situation has improved, with 50 state schools now part of a growing Scottish network.

Alex nominates Jennifer Shearer from Kircaldy High School for a Teaching Award. Jennifer has engaged a diverse student body in learning Latin, making it fun, accessible and useful for all her pupils, regardless of their academic ambitions.

Since 2018, the Warwick Classics Network, led by Paul Grigsby, has worked with dozens of schools and created top-notch resources to support the teaching of classics at GCSE and A level. Paul nominates Francesca Grilli at Runshaw College for a teaching award. In tribute, Paul said:

"I am nominating Francesca because of her amazing contribution to classics teaching this past year. Francesca has created an incredible suite of resources for OCR Classical Civilisation GCSE which she has shared on the Warwick Classics Network (WCN) resource site. Materials are a comprehensive and reliable resource for both teachers and students alike. On top of her excellent teaching and generous involvement in the classics community, this contribution to online resources, at a time when home schooling has become a necessity is worthy of recognition." 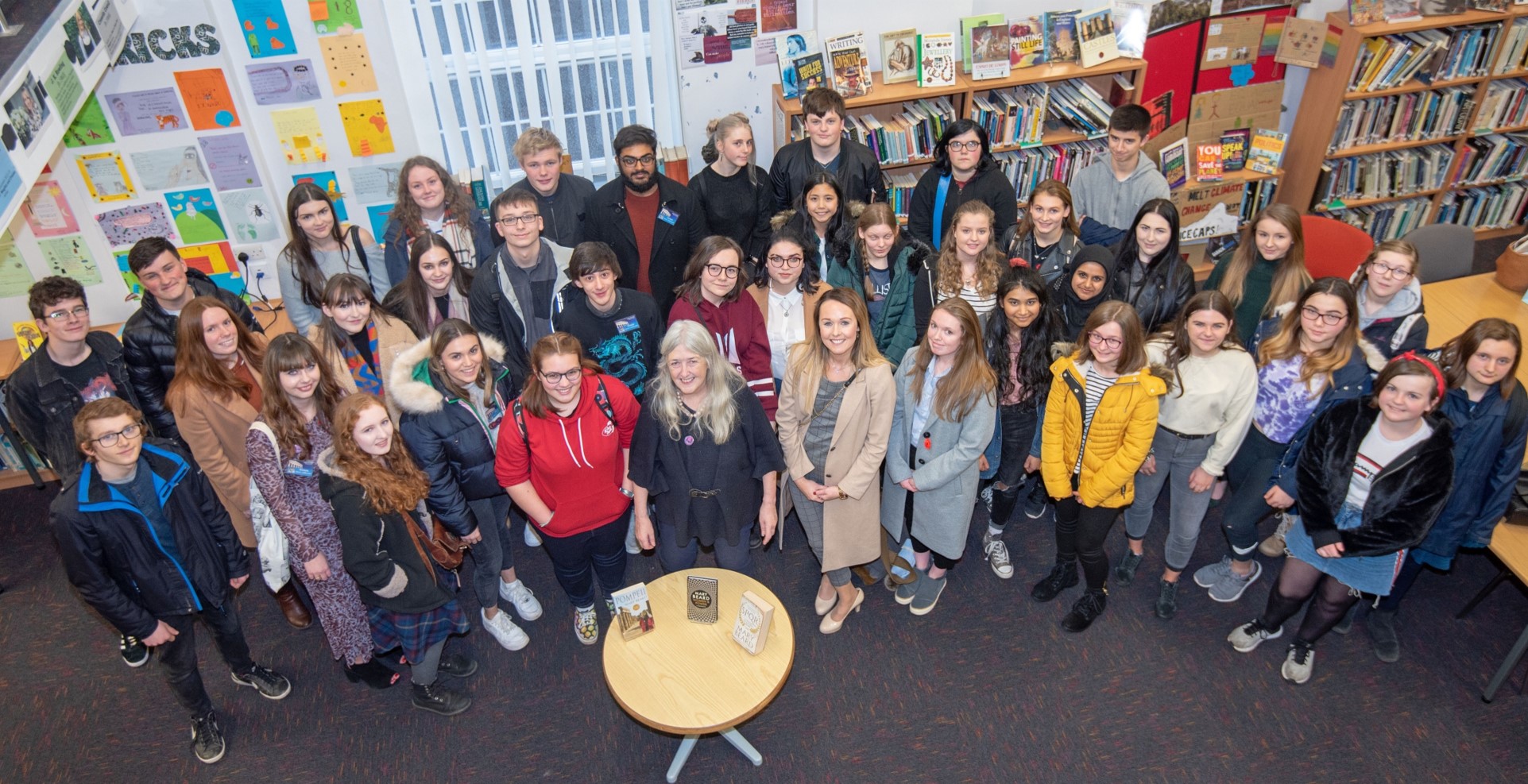 We offer our warmest congratulations to all Teaching Award winners, and to every school in the Classics for All family who has worked tirelessly to ensure pupils have access to the literature, languages and cultures of the classical world.