Classics for All reaches 1,000 schools 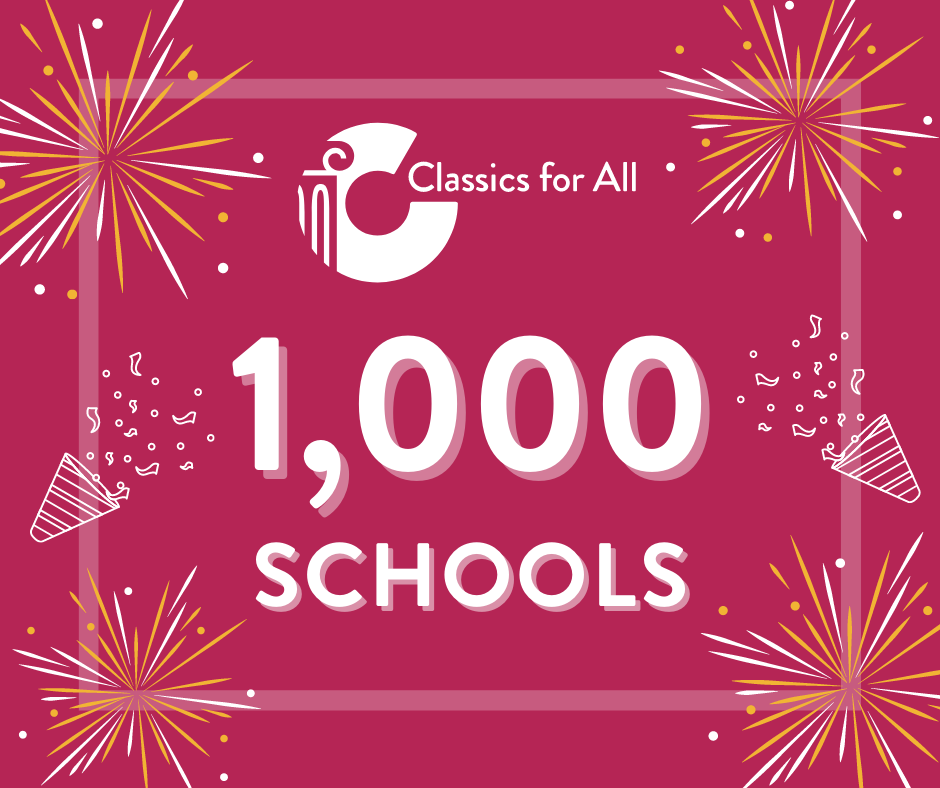 We are thrilled to announce that Classics for All has finally reached its 1,000th school!

That's 1,000 state primary or secondary schools that have been supported by us to teach a classical subject - Latin, Ancient Greek, Classical Civilisation or Ancient History.

And if that's not enough, over the past 10 years we've also trained over 3,600 teachers, equipping them with the skills to teach classics, and offered over 95,000 pupils aged 7-18 opportunities to discover the myths, stories, languages and cultures of the ancient world.

Over 40% of the schools we work with are located in areas of high socio-economic deprivation. Thanks to the efforts of our 17 regional networks, our schools stretch all the way from Scotland to the South West.

Classics for All has been working toward this milestone for over 10 years, driven by the vision of an educational landscape in which all state school pupils have the opportunity to study classics, regardless of their background or ability. By 2025, our mission is to have introduced classics to at least 1,500 state primary and secondary schools across the UK.

We could not have reached this goal without support from a vast network of teachers, trainers, coordinators, volunteers, education partners and donors, who are committed to making classics available to all. Whether you've given us your time, money or support from the sidelines: Thank You. 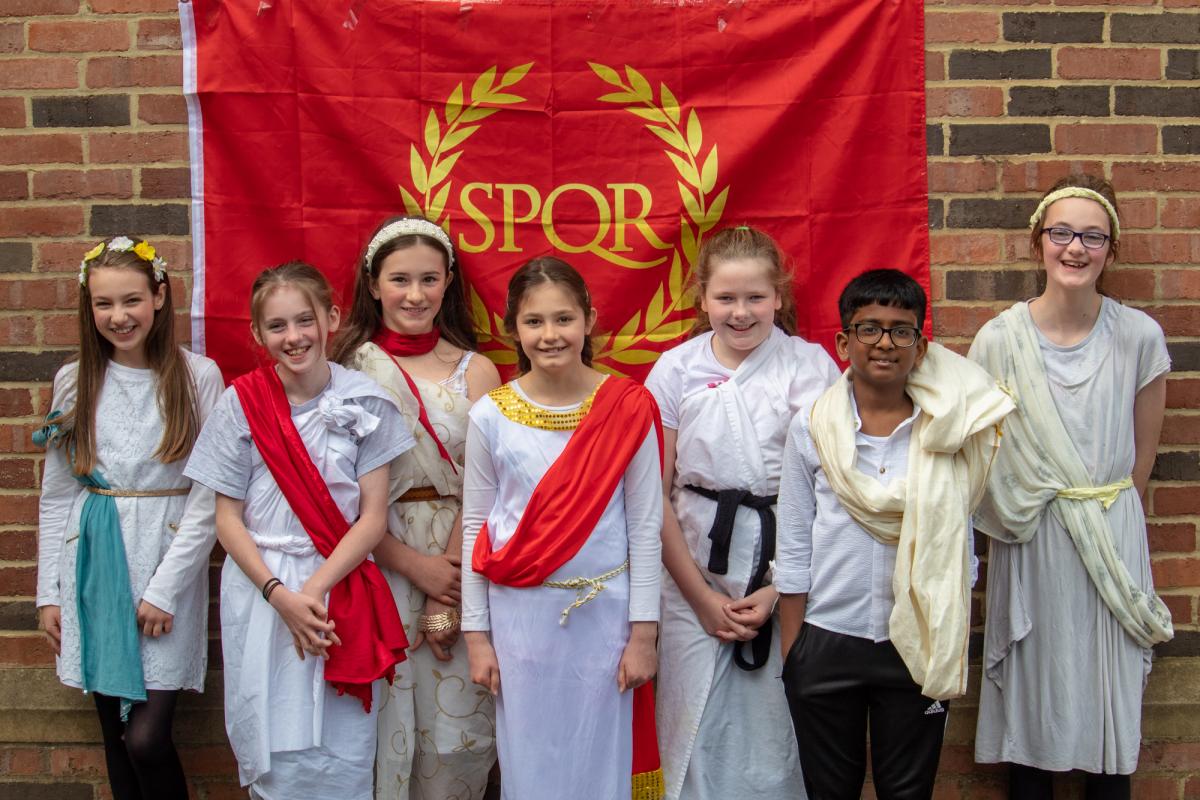 The 1,000th school to receive a grant from Classics for All was St Michael's Primary in Handsworth, Birmingham.

St Michael's is an inner-city school and part of the Birmingham Diocesan Multi Academy Trust. Almost 100% of pupils are non-white British, many have English as an Additional Language, and 49% are eligible for Pupil Premium funding and Free School Meals.

The new headteacher, Phil Hynan, is keen to introduce Latin at St Michael's after witnessing first-hand how it improved the literacy and enriched the vocabulary of pupils at his previous school, Harper Bell Seventh-day Adventist Primary School. With support from Classics for All, teachers at St Michael's will be trained to teach our course Maximum Classics, introducing Latin to 175 pupils across Key Stage 2.

Phil said: "Many of our children do not speak English as their first language and at times, they can find it challenging to access parts of the curriculum. However, Latin has levelled the playing field for these children. The focus on spelling, grammar and particularly etymology has enabled these pupils to apply their understanding of their own mother tongue in Latin lessons in a way that is not possible in other subjects."

"For those who speak English as a first language, Latin has deepened their understanding of grammar and punctuation, and allowed them to develop schemas in English, especially in terms of word meaning and origin. As a teacher, there are very few things more satisfying than that Eureka moment when a child realises something for the first time. These moments of realisation are a hallmarks of our Latin lessons. From the moment a pupil realises why an umbrella is called an umbrella (the Latin for shadow is umbra) to the moment they understand the importance of Latin in the medical world; Latin has engaged and motivated our pupils in a way far beyond our wildest expectations."