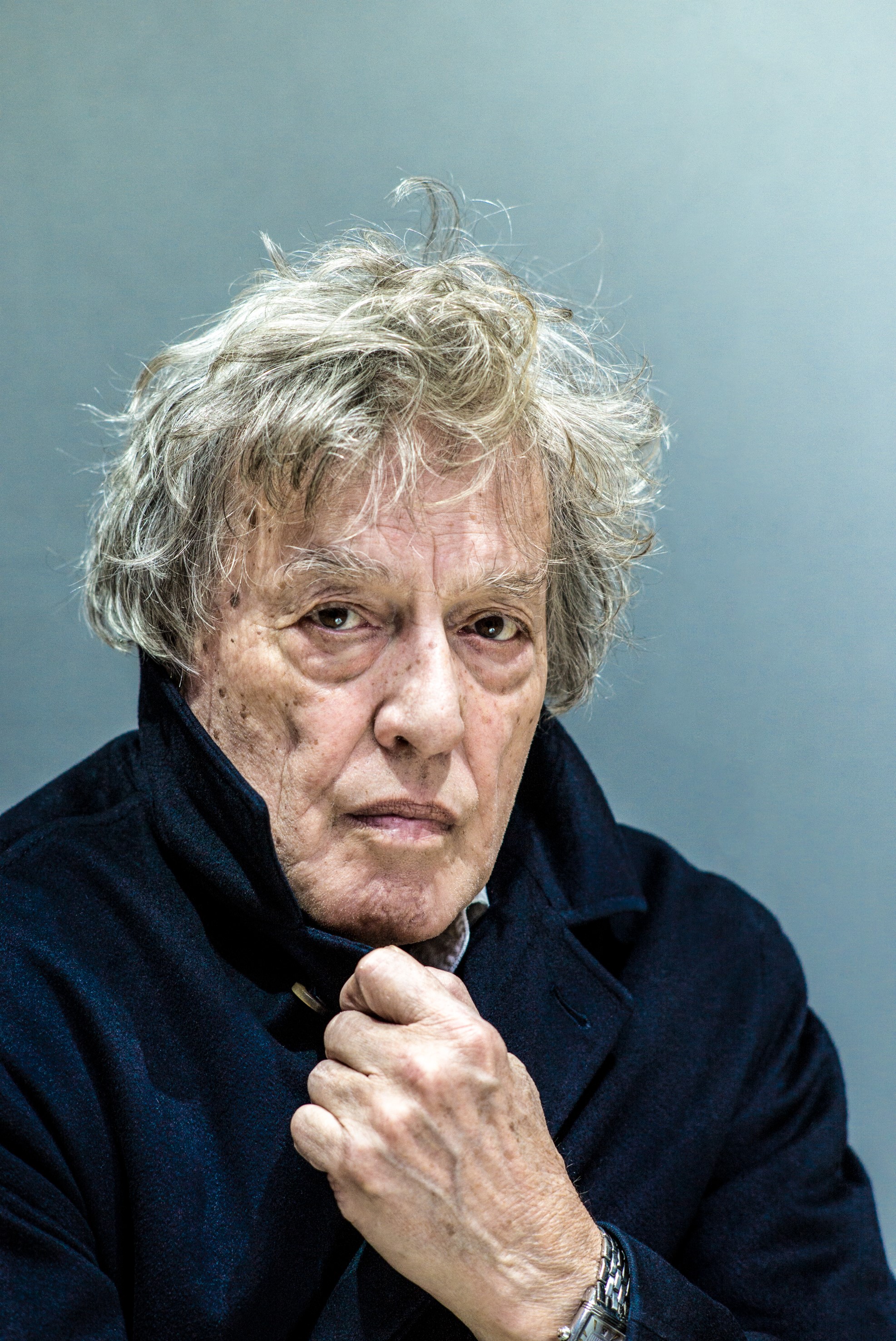 Classics for All invites you to watch the film of the UK première of Penelope, a prose poem written by Sir Tom Stoppard and read by Hattie Morahan.

Penelope was premièred in the UK on 8 November 2021 to a studio audience at Cazenove Capital, where it was filmed by Hat Trick Productions.

The film commences with a lively discussion on Penelope in Homer and her reception through the ages, chaired by Martha Kearney (BBC Radio 4 Today programme) with Sir Tom Stoppard and Dr Emma Greensmith (St John's College, Oxford). Hattie Morahan then gives Penelope its first UK performance.

If you would like to watch the film, please submit a donation of £10 or £5 via our online donation form by selecting 'one-off donation' and writing 'Penelope film' in the donation description field. We will email you the link once your donation has been processed.

Tickets are £10 standard and £5 concession*. You may also choose to give an additional donation toward Classics for All's work supporting classics in state schools.

Dfiza Benson writes in a Telegraph film review 7 December 2021: 'There is much to admire here about his language, which is a sumptuously witty, sometimes earthy and mellifluously poetic delight to listen to as recited by Hattie Morahan. He manages to root the story in modern-day parlance while still evoking the vivid imagery of Homeric poetry, but without sounding anachronistic.'

Sir Tom Stoppard composed Penelope on commission from the late composer André Previn. In it, Penelope, the wife of the Greek Homeric hero Odysseus, recalls and reflects on her husband’s twenty-year absence at and return from the Trojan war. It was set to Previn’s music and sung by Renée Fleming in its US première in Tanglewood in 2019. Stoppard has since experimented with it as a read monodrama, and as such it will be given its first UK performance in this fundraising event for Classics for All.

Click here to read a brief overview of Penelope by Dr Emma Greensmith.

We offer our special thanks to Cazenove Capital for sponsoring this event.

Cazenove Capital is one of the UK’s largest wealth managers. Still largely owned by their founding family, their independence and expertise has, for more than 200 years, looked after the wealth of entrepreneurs, professionals, families and charities. To find out more about how Cazenove can support you and your family, visit their website or contact George Lake at george.lake@cazenovecapital.com.

Sir Tom Stoppard is the UK's greatest living playwright. He is best known for Shakespeare in Love (1998), Brazil (1985) and Rosencrantz & Guildenstern Are Dead (1990). He was awarded the CBE in the 1978 Queen's Honours List and Knight Bachelor of the Order of the British Empire in the 1997 Queen's Honours List for his services to drama. In 2000 he was appointed to the Order of Merit. He has won Broadway's Tony Award four times as author of Rosencrantz and Guildenstern Are Dead (1968), Travesties (1976), The Real Thing (1984) and Coast of Utopia (2006).

Emma Greensmith is a classicist at St John's College, Oxford, specialising in ancient Greek literature and cultural history. Her recent book, The Resurrection of Homer in Imperial Greek Epic, explores the poetics and politics of the Greek imperial period. Her next book, entitled Homer and the Bible: The Religious Politics of Verse in Late Antiquity, seeks to expand this work. Emma is passionate about improving access to Classics and communicating its value in today’s society.

Martha Kearney is a journalist and broadcaster who read Classics at Oxford. She was the main presenter of BBC Radio 4's lunchtime news programme The World at One for 11 years, and she is now presenter of the early morning Today programme. She was previously a regular presenter on BBC Radio 4's Woman's Hour and the political editor of Newsnight. Her awards include Political Commentator of the Year (House Magazine), Radio Presenter of the Year (TRIC) and Best Individual Contribution to Radio (Voice of Listener and Viewer).

Hattie Morahan is a television, stage and film actor. She is well known for roles including Gale Benson in The Bank Job (2008), Ann in Mr. Holmes (2015), Rose Coyne in My Mother and Other Strangers (2016), and Agathe/The Enchantress in Beauty and the Beast (2017). She also starred as Alice in ITV mini-series The Bletchley Circle (2012) and Elinor Dashwood in BBC One's adaptation of Jane Austen's Sense and Sensibility (2008).

If you have any queries about this event, please contact events@classicsforall.org.uk.