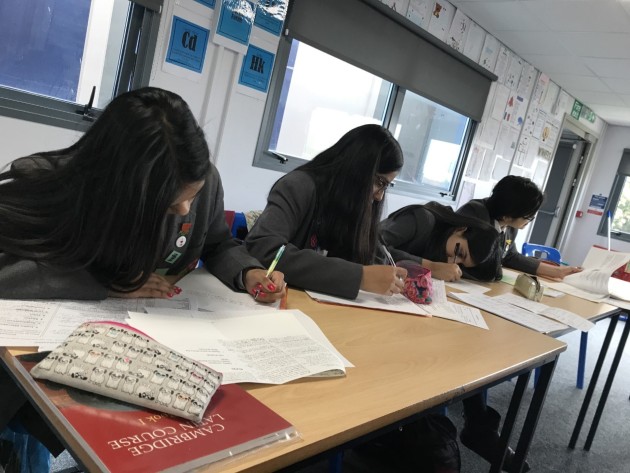 The Lionheart Academies Trust currently comprises eleven schools based in and around Leicestershire: four primary schools, six secondary schools and one new sixth form college (due to open in September 2020). Over the past few years, opportunities for pupils to engage with the classical world have been growing steadily across the Trust.

In September 2017, with support from Classics for All and the University of Leicester Classics Network,  Beauchamp College and Cedars Academy launched weekly classics clubs for Year 7 students in which they explored Greek mythology, the history of Roman Leicester and learnt some Latin. Given the popularity of these clubs, Judgemeadow, Martin High and Sir Jonathan North Community College followed suit in January 2018.

At Cedars Academy and Beauchamp College, students attending extra-curricular clubs are now working towards their classical civilisation GCSE exams at the end of Year 9. In addition, Latin clubs are running at Sir Jonathan North, Judgemeadow and Beauchamp, with the first cohorts of students taking their Entry Level Latin exams in Summer 2019. Students from these Lionheart clubs regularly participate in workshops and activities run by the University of Leicester and EMACT (East Midlands Association of Classical Teachers).

Building on this thriving extra-curricular classics provision, a decision was made in September 2018 to introduce an 11 week classics course for all Year 7 students across the Trust and training for staff was provided by Classics for All and the University of Leicester.

The enthusiasm and interest in classics shown by students and staff across the trust led to the appointment of Lidia Kuhivchak (Head of Classics at Beauchamp College) as a local classics ambassador in 2019. With our support Lydia is now released from teaching one day a week to help develop classics across the Lionheart Academy Trust and to support other local schools interested in introducing classics.

‘It’s been so wonderful to give our children access to what has previously been seen as an independent school curriculum through classics clubs. The children deserve to have access to this culturally rich material and it is a joy to share it with them.’ Lidia Kuhivchak, English and Classics Teacher at Lionheart Academies Trust