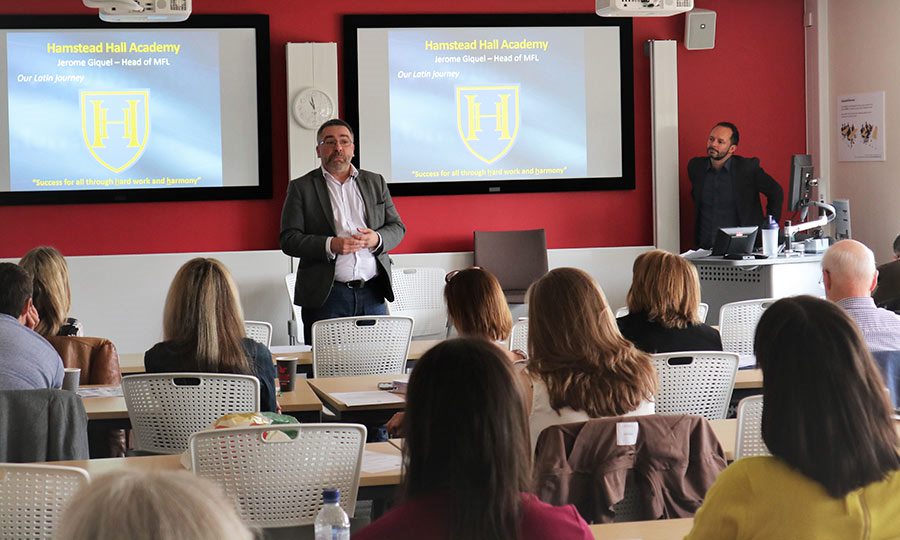 Hampstead Hall Academy is a comprehensive school in Handsworth Wood, a deprived area of Birmingham. The school is rated Good by Ofsted and has high levels of pupils eligible for Pupil Premium funding. The thriving languages department offers diverse languages, including French, Spanish, Punjabi, Mandarin, German, Polish and Italian.

Latin was initially introduced as an after-school club in September 2014 with a group of 10 pupils. Since then, free training and ongoing support from Classics for All has helped to embed Latin on the curriculum at Key Stage 3 and as a GCSE option.  Following training for three teachers led by Classics for All, the school also launched an after-school Greek club in September 2019.

2014: Latin is introduced as an after-school club with ten pupils.

2017: Latin is introduced on the curriculum with the two Modern Foreign Languages sets in Year 7 - 60 pupils receive one hour of Latin per fortnight. The Head of Languages attends the Greek Beginners' class at Classics for All's first Greek & Latin summer school, hosted by Harrow School.

2018: Latin is now part of the languages curriculum for both Year 7 and Year 8 pupils. Four pupils from the original Latin after-school club (launched in 2014) sit their GCSE exams; three of these pupils gain Level 9 grades. Three languages teachers receive 40 hours of free tuition in Greek from a postgraduate student at the University of Birmingham.

We welcome support in many forms, from donations and volunteering to attending events